Researchers from Department of Chemistry and Physics at Sokoine University of Agriculture (SUA) have been commended for their efforts to build the capacity of traditional healers and alternative medical practitioners on increasing the value of their medicines, the sustainable use of their medicinal plants, how to improve treatment and increase their income. 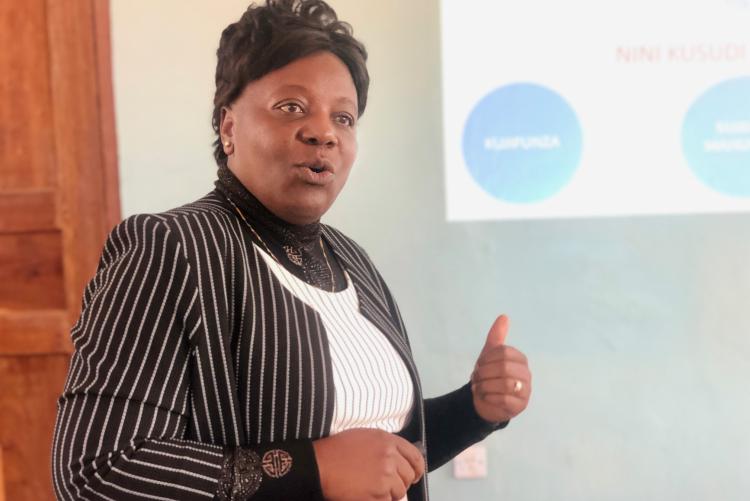 Dr. Faith Mabiki who is the leader of the Green Resources Innovations for Livelihood Improvement (GRILI) project, talking to the traditional healers and alternative medical practitioners in Njombe Region during the training

The congratulations were given by the Acting Chief Medical Officer of Njombe Region Dr. David Ntahindwa during the opening of a two-day training workshop for traditional healers and alternative medical practitioners in Njombe Region run by Sokoine University of Agriculture researchers through the Green Resources Innovations for Livelihood Improvement (GRILI) project in collaboration with the Valorization of Potentials of Synadenium glaucescens (SG) Phytochemicals for the management of important Human and Animal Diseases (VaSPHARD) 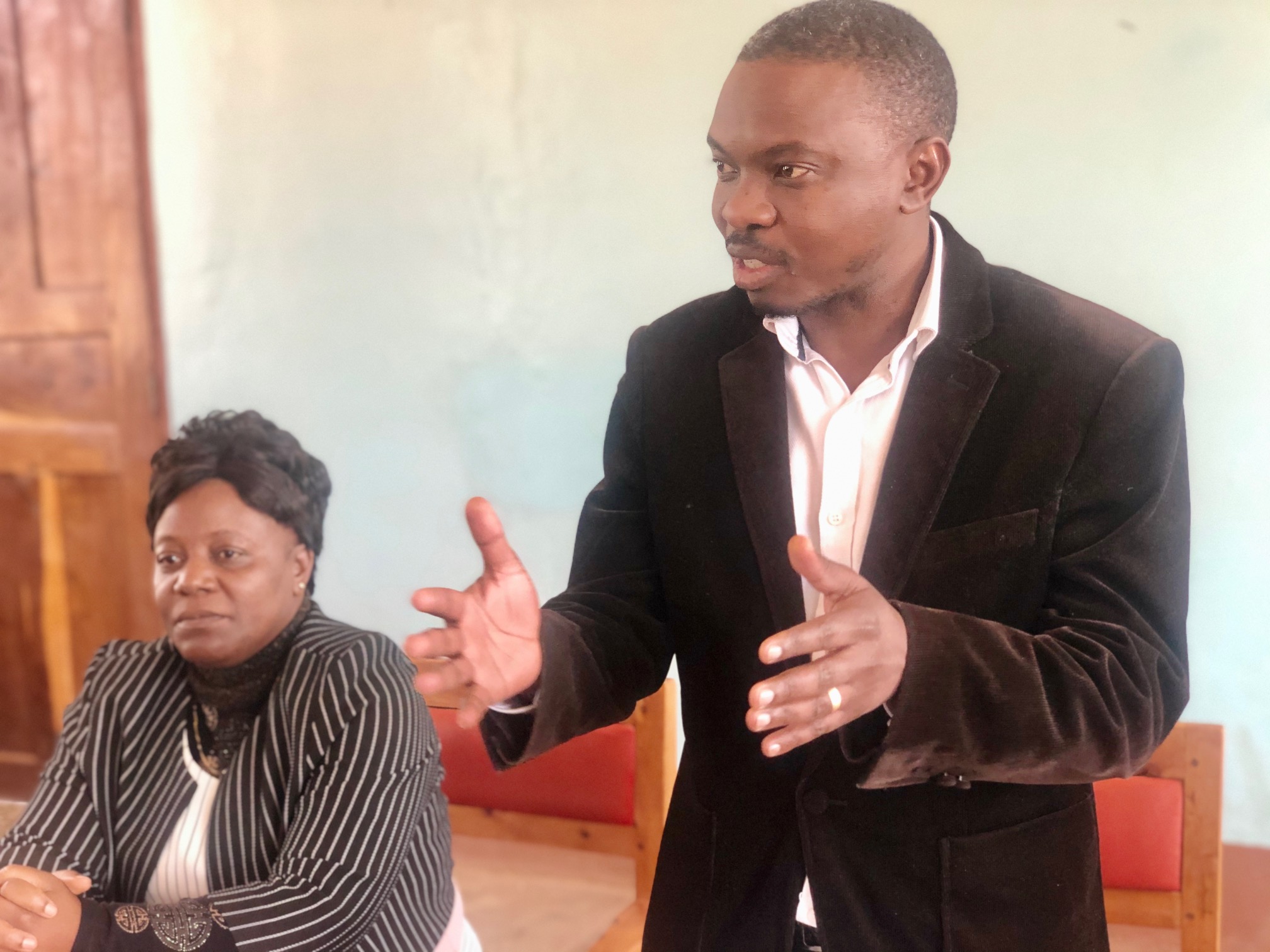 He said in recent times local medicines and alternative medicines have gained great popularity due to many people now starting to use them for the treatment of various diseases but the environment of its manufacture and use is still not properly established thus making some people reluctant to use them for fear of its safety.

"This training conducted by SUA researchers will greatly increase the value of these medicines but also to ensure the safety of consumers as they will adhere to the best principles of manufacturing and packaging to provide the intended treatment" said Dr. Ntahindwa

He explained that this training has come at the right time especially at a time when the Government is emphasizing and prioritizing local medicines in order to treat various diseases that can be treated with our medicines instead of relying only on modern medicines from abroad while there are medicines from trees and plants that we have here in the country.

For his part, the Head of the Project, Dr. Faith Mabiki said the time has come for traditional and alternative medical practitioners to benefit from their work in the community but that will be possible if these local physicians increase the value of their medicines and participate in planting those trees so that they access them easily without a fear of getting lost as they harvest them every day. 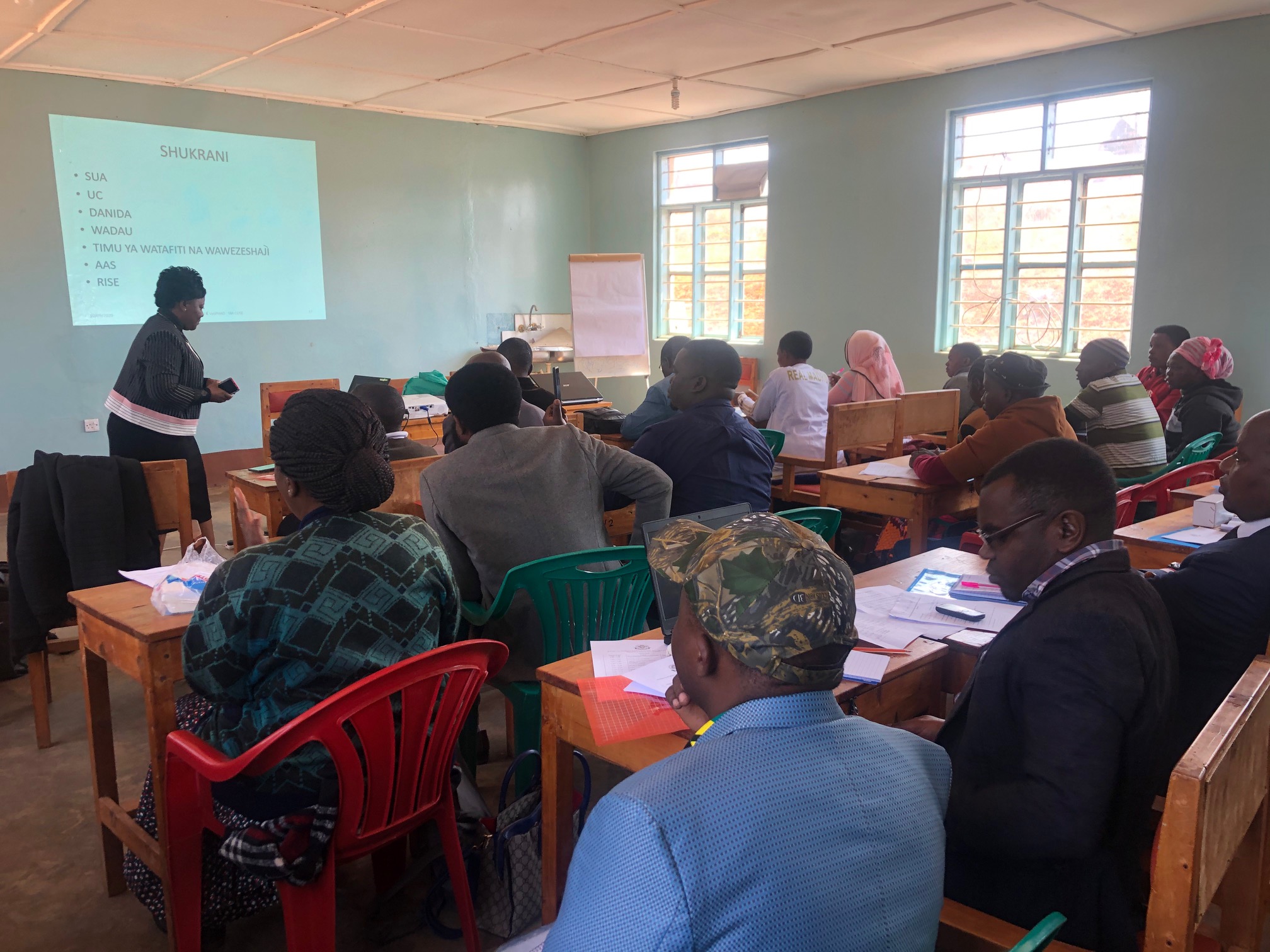 Participants listening to Dr. Faith Mabiki while giving an introduction to the objective of the project and the training

Dr. Mabiki said there are many modern medicines that come from abroad and they are used to treat people well but the trees used to make those medicines are also available in large quantities here in the country and we use them every day so the time has come for our local medicines to be added value and sold in bulk in the country and others may be shipped overseas.

She said the training has helped many traditional healers and alternative medical practitioners and they can now add value by properly packaging, selling and storing important chemical information in their medicines along with how to use them and thus enabling them to raise their income.

Dr. Mabiki said they have built the capacity for how to make their medicinal products for various uses and not only drinking but also how to make soaps that treat various diseases in the body and also help them how to transport these drugs differently compared to current methods where they export roots, leaves and tree bark.

She added that as the demand for medicinal trees is increasing day by day there is a possibility that many trees will be lost so as the project and researchers see the need for these traditional and alternative medical practitioners to start establishing farms and planting trees that are important in providing treatment and so helping to facilitate its access.

Dr. Mabiki said in the training they also taught them the basic principles of drug processing, the effects of drug resistance, chemicals found in various medicinal plants in the country but also how to plant the drug in the fields and develop it. 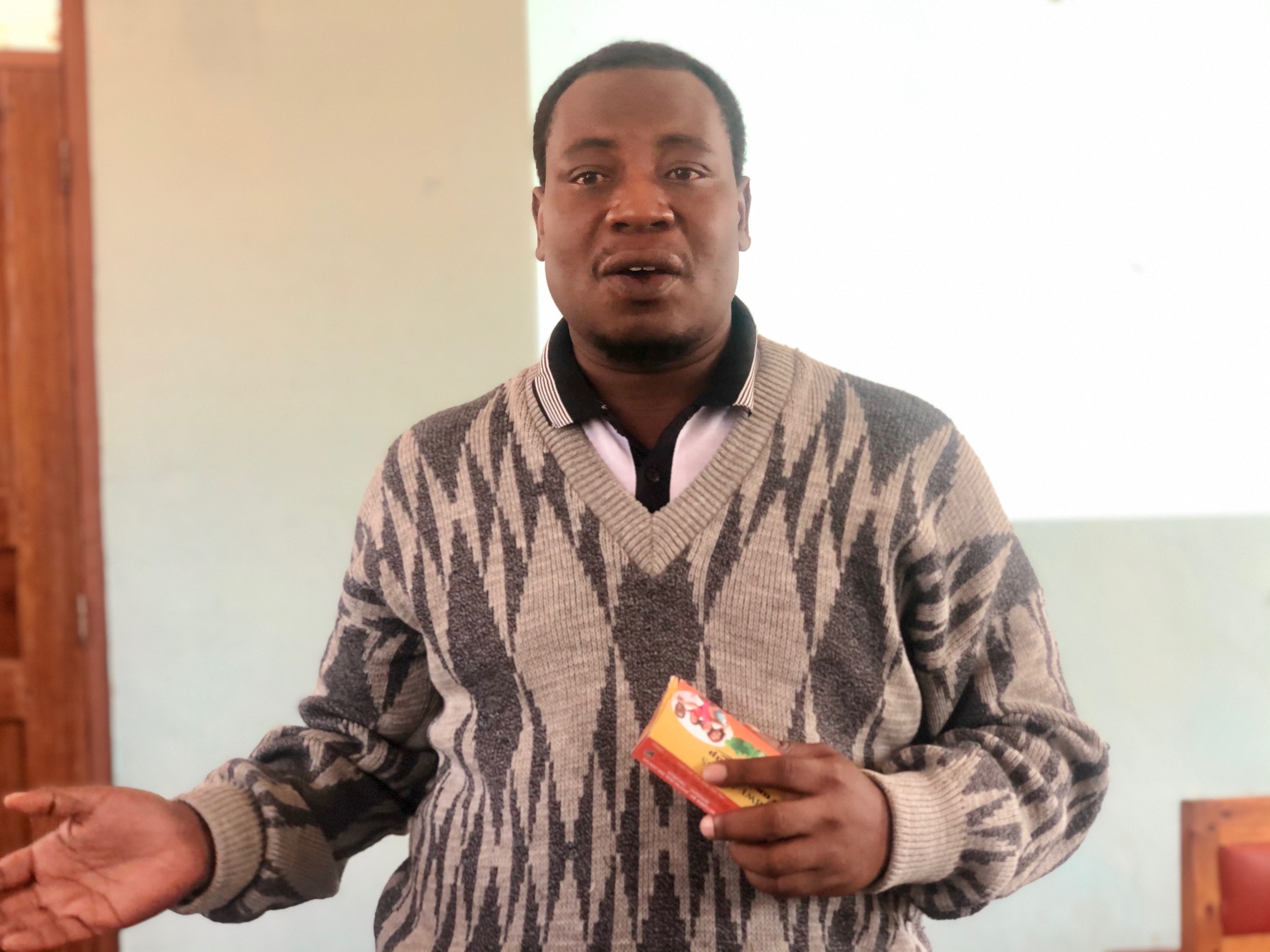 The Secretary of the Federation of Traditional Medicine Associations in Morogoro region, Mr. Ramadhani Sanze testifying of the products he makes after receiving same training in Morogoro 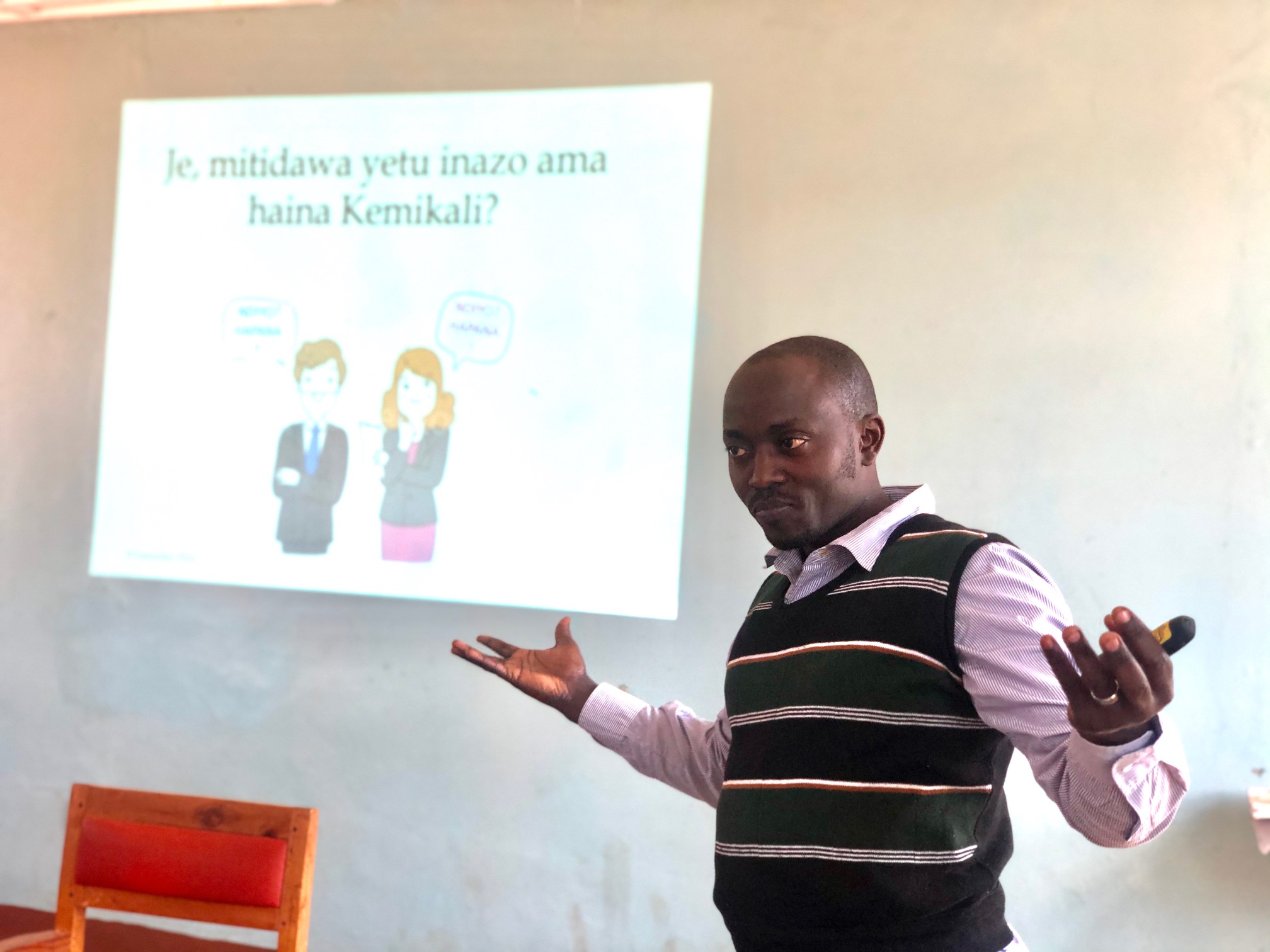 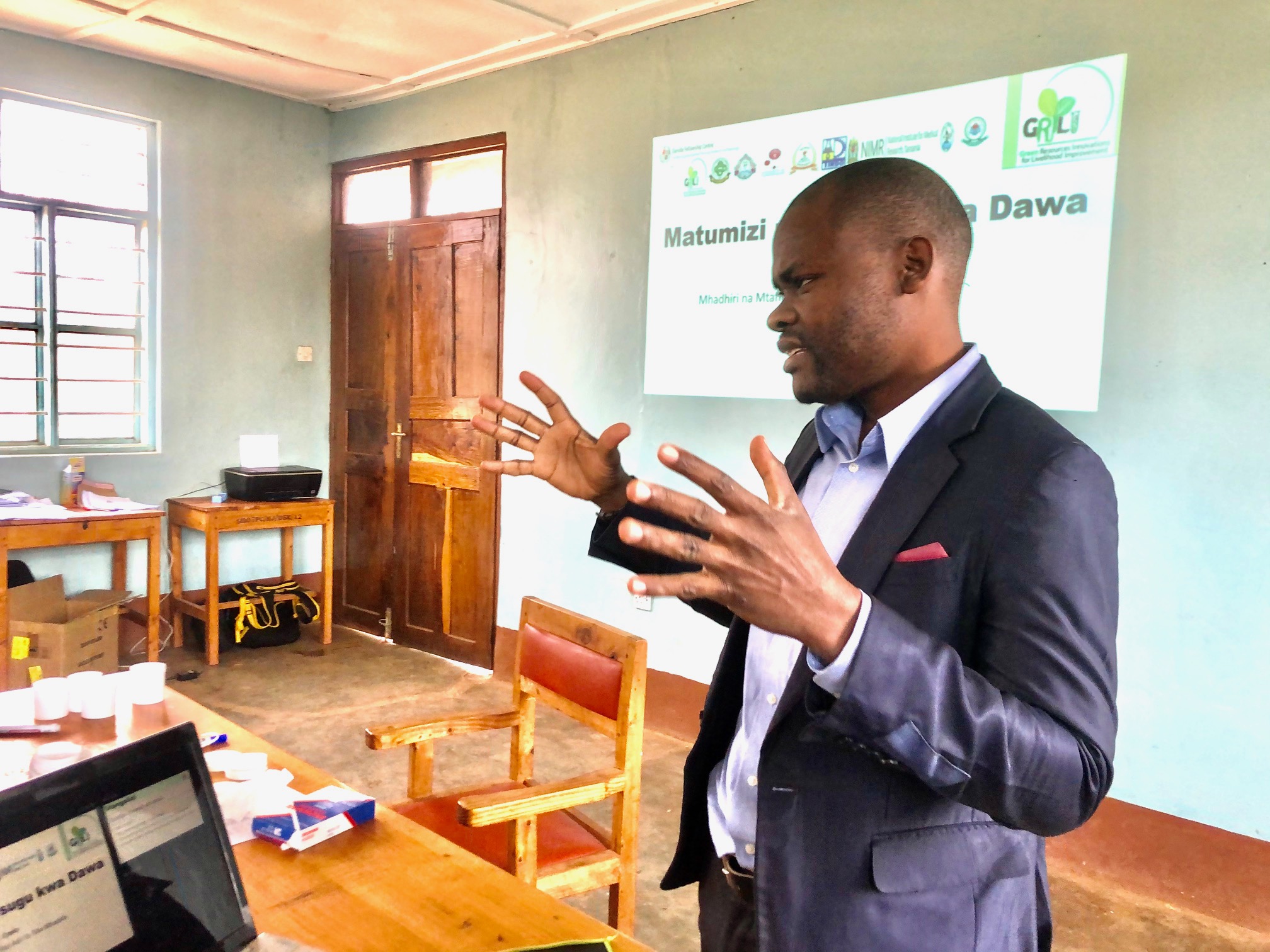 PhD student from Sokoine University of Agriculture, Mr. David Credo presenting the topic of his research on drug resistance and dosage. 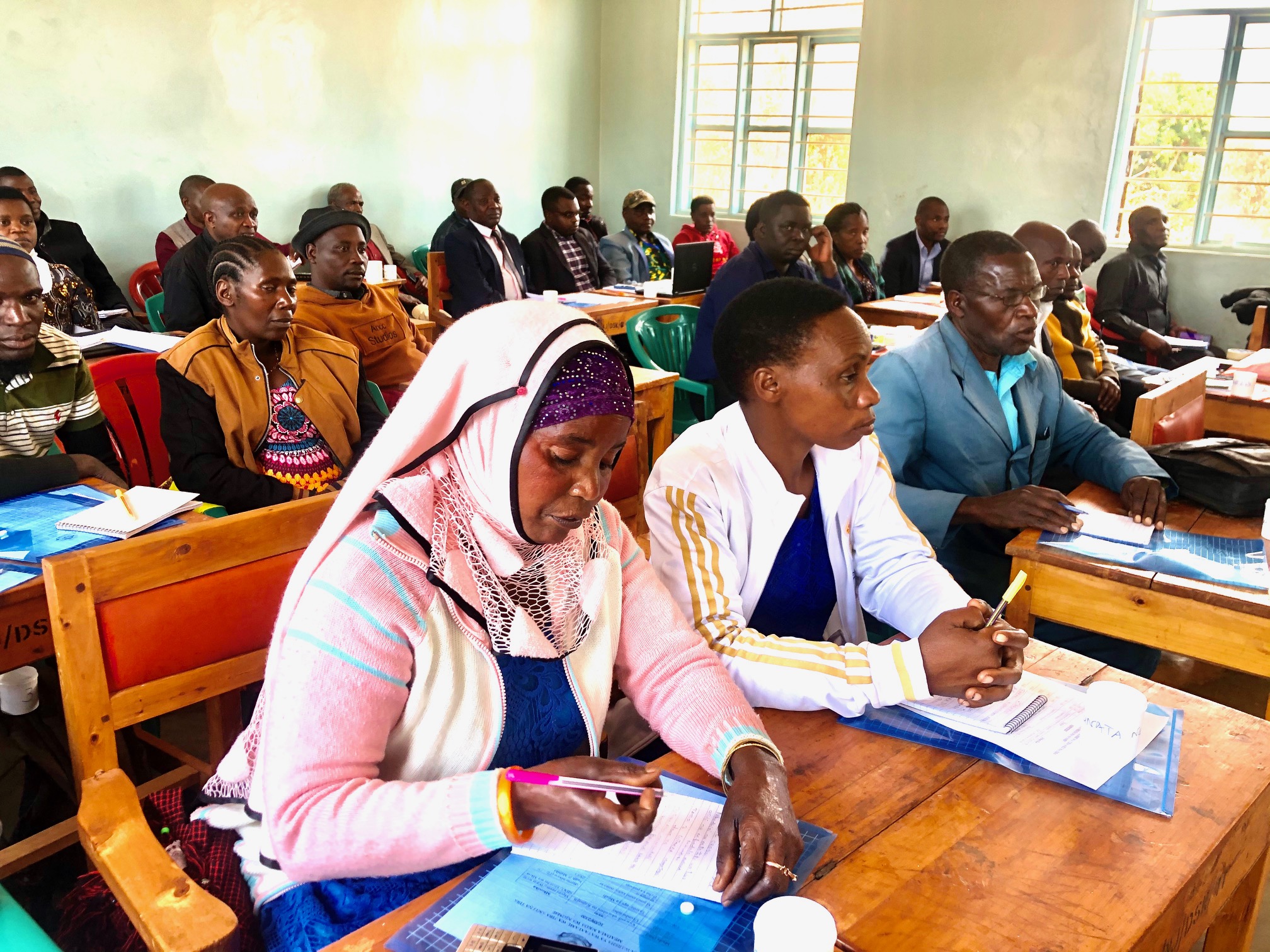 Participants of the training who are traditional healers and alternative medical practitioners from Njombe Region following various trainings sessions and topics presented by researchers from SUA. 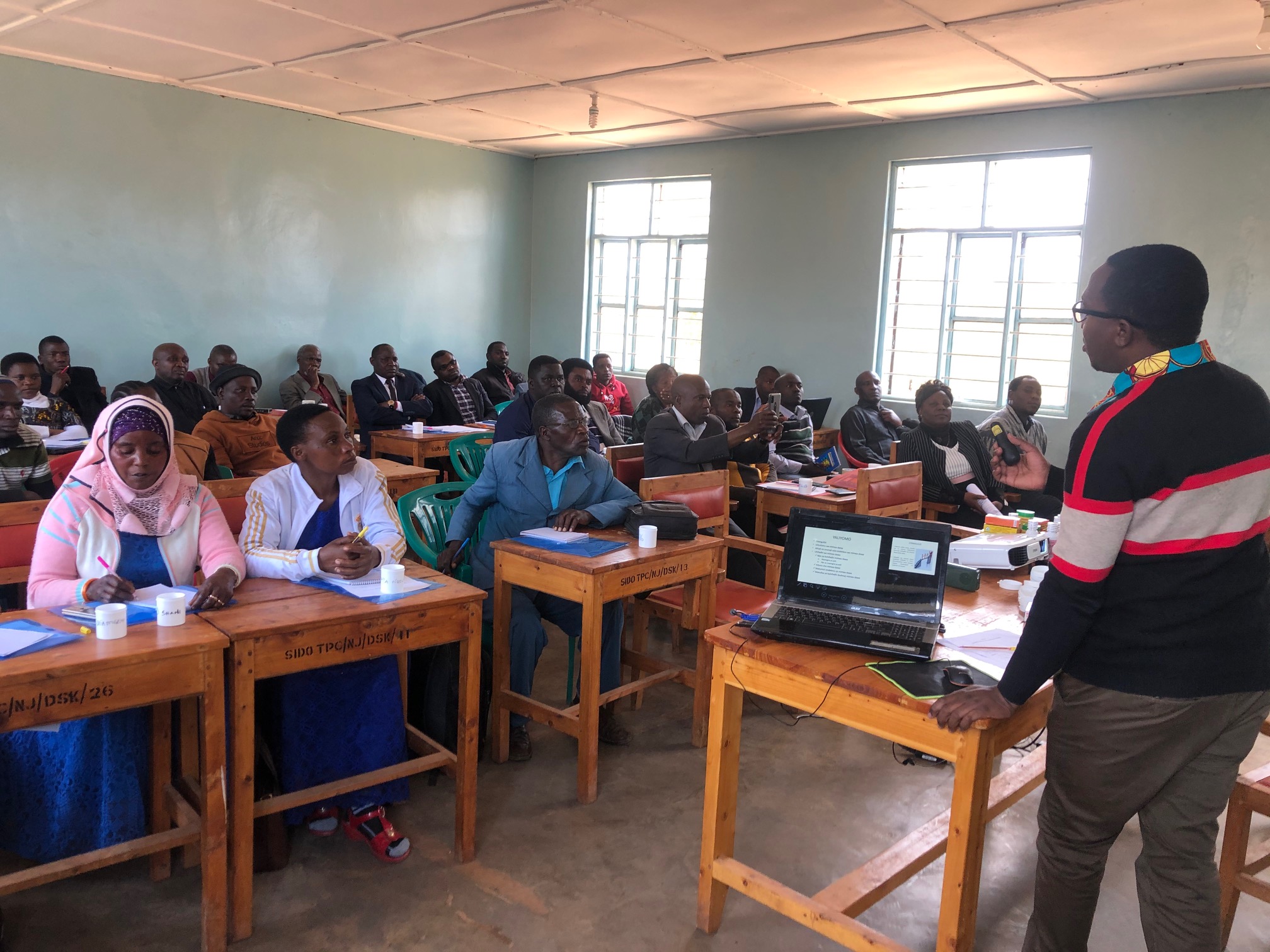 Mr. Said Babu who is masters degree student from Sokoine University of Agriculture, presenting on the economic benefits of preserving medicinal plants. 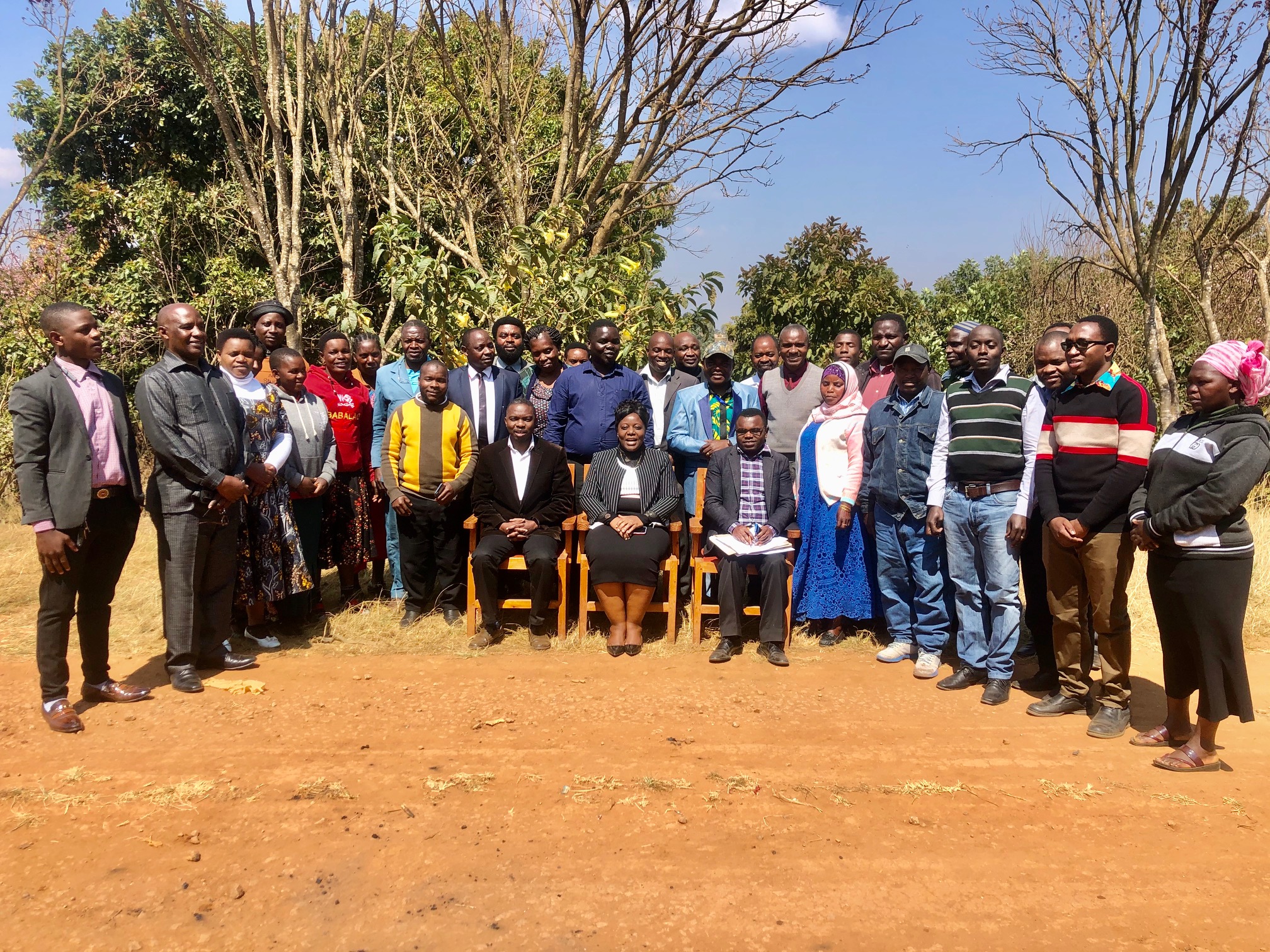 Joint photo of participants, official guest and researchers from Sokoine University of Agriculture immediately after the opening of the training​​​​​​​

The two-day training workshop brought together more than 20 traditional healers and alternative medical practitioners from Njombe Region from all districts along with their leaders.